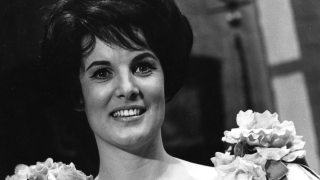 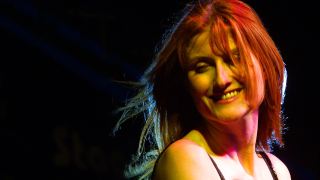 Traditional song in Scotland has had many interpreters over the years, from the strictly ethnic to the quasi-operatic. While the folk scene has given rise to many, others have emerged from rock music, from musical theatre and from choral performance. Eddi Reader’s began her musical career as a backing singer for bands such as The Eurythmics and The Waterboys, going on to score the number 1 hit Perfect in 1989 with her own group Fairground Attraction. Her return to Scotland after the group split saw her moving much more towards traditional styles and in 2003 she released an album of songs by Burns with full orchestral accompaniment. Further work with musicians such as fiddler John McCusker and pianist Jools Holland indicate the diversity of her interests, but she has always come back to traditional material and, in particular, the work of Burns. With whom Moira Anderson is also very much associated. Taking the different route to a musical career of training at the Royal Scottish Academy of Music and Drama, her big break came via an audition for the BBC. Going on to appear on TV’s White Heather Club, she subsequently hosted her own television show on BBC1. A frequent performer with Scots tenor Kenneth McKellar, in the early 1980s she made an album of duets with Sir Harry Secombe. While our pairing this week is not particularly extreme in terms of repertoire or even background, it does reflect differences in interpretation and approach that have changed Scottish song over the last half century. However, while coming to Scottish music from very different perspectives, both singers have been honoured for their work, Anderson receiving an OBE in 1970 and Reader an MBE in 2006.

On The Edge
(For Moira Anderson)
by Donald Adamson

We wir that faur awaa –
faur frae the metropolis, faur frae the studio
and the transmitter they’d pit up in Kirk o’ Shotts
(whaurever that micht be).
Ilka hoose needit its Logie Baird,
a bodie tae shin up a ladder, claumer on a chimney
wigglin here and yonder the muckle H o the aerial,
aa the time yellin doon, ’better noo?’ ’worse?’
till ilkane wis seatit aroon the TV,
mairvellin at the electrons that hud somehow made it,
joukin the cruel carlins o the atmosphere,
staucherin though the firmament
until they flappit, wabbit, doon the wire
intae the snawstorm o the twal inch screen.­

Nae maitter the hissin and the cracklin,
nae  maitter we cuid hairdlie see ocht,
we kent whit wis there –
the sprigs o heather, tho invisible,
and kilts an aa, tho the tartans wir just a blur,
and maybe a thistle or twae  –
and here wis Moira
wi her pure tones, parfait legato,
dingin the notes slap bang in the middle,
singin the sangs we hud learnt frae oor mithers,
the Auld Hoose, the Rowan Tree, Loch Lomond,
and she let us ken we wir Scottish
tho oot on the edge, ticht against the border,
faur frae the city – its smertness, sophistication –
that hud little time for us kintrae fowk.

Thir wis some that hud seen the queen,
the Liz-Queen, that wis croont in Westminster Abbey,
but Moira – you wir the Queen o Sang,
ye tendit the flame
the wee sperk that leapit intae a lowe
frae bits o kindlin – whitever wis lyin aboot –
and whit if it hud heather in it and tartan?
Ah’ll no say a word against it.
Here’s tae the memory! Here’s tae ye! Here’s tae it aa!

Love is the Way
by Gerard Rochford

Your body lives in every song,
half earth, half heaven,
half Brit Award, half kitchen sink.
Your voice could rouse
a dormouse, stir a nation.

You sing to lads and sing to lasses,
restate the once blurred truth
of Ae Fond Kiss, peering through
familiar glasses, mouthing
loss in meditation,
the grief it finds in joy, in bliss.

Kite your videos into space
to join the music of the spheres,
let aliens know there’s beauty here.
May faery magic and patient angels
guard your all-embracing heart. 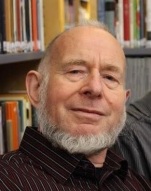 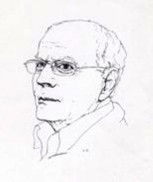 Gerard Rochford was  born  England, lived in Hong Kong for a time but has spent most of his life in Aberdeen. His collections include Failing Light (2010), Of Love and Water (2011), Morning Crossword (2013) and CAIRN (2016). Janice Galloway chose his poem My Father’s Hand for the SPL’s Best 20 Scottish Poems in 2006.