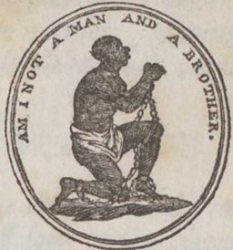 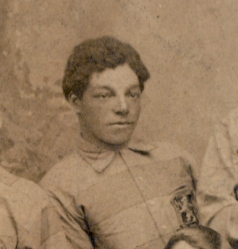 On its Union with England in 1707, Scotland joined a global Empire. One of the effects of that was that its doors were opened to immigration, doors which remain firmly open despite the political and social sea-changes of recent years. The influx of people from the Empire brought forward many singular individuals, and Scotia Extremis celebrates two this week. Joseph Knight was brought to Scotland as a slave in 1769 but later fought for his freedom through the Scottish courts until they ruled in 1778 that slavery was unlawful under Scots Law. He therefore became the first free black Scotsman…and from that point on very little is known of his subsequent life. Much has been written about Arthur Wharton, held to be the world’s first black professional footballer, but here we feature Andrew Watson, an amateur who, ten years earlier, had become the first black player to represent Scotland and, indeed, the first black player to perform at international level anywhere in the world. He signed initially for Queen’s Park in Glasgow in the 1880s and played for Scotland three times at the start of that decade before leaving to play in England, though he did return to Scotland towards the end of his career. It would be nearly 100 years before another non-white footballer was capped by Scotland. For the soul of a nation to change it requires people to change – one person is enough to begin with, and then one more, and one more, and so on. Scotland’s proud inclusivity as a nation owes a debt to those whose dignified and determined example brought about such changes.

‘There is no document of civilization which is not at the same time a document of barbarism. And just as such a document is not free from barbarism, barbarism taints also the manner in which it was transmitted from one owner to another.’    (Walter Benjamin, ‘Theses on the Philosophy of History’ (1940))

They all go into the dark –
Of course they do, and what would you expect them to do otherwise?
Go into the light? Eliot’s as far away from Dante
As you from starlight’s source, as taste from eye, as colour is
From black & white. So figure this man, man as he was, his place and his trajectory.
His owners as they passed him, from one man to another, as the judges said.
As they would say. What would you expect them to say? Otherwise?
What intervention could they then have made, that would have made the story
Otherwise? And yet, the story did not go
According to the wishes of the ermined.
There is a difference now that was not then, that was simply
Not available, had to be fought for, earned, and was, and gained, and is here and now
For us. So, by what stretch of good intention, by what means of tactics deftly done,
How do we deliver where that leads to? Hope. That sense of possibility.
The vulnerable thing. The tenderness, the tendering. Joseph Knight,
I think, is one of the keys: to the big dark door, the wooden slab of what it is
To be repulsed. You use it. Still, you use him. Open the door.
Go into that dark territory. Claim it again. Or,
Open the door, as Catherine Carswell says, Open the door and flee!

Unner The Fold
by Jim Mackintosh

in the sports section, twa paragraphs
unner the fold, an oot o the spotlicht,
I saw a photograph o a toosled chiel
impassive, beckonin me tae find him
beyond the January transfer windae

proodly displayin his country’s badge
oan a jersey o pink an yellow bands,
no in a puffed oot boastin way, no
in a hunkered doon ashamed way,
but as it shid be, ain o his nation’s best

Andrew Watson’s gaze turns a sombre like
when he hears the Classifieds, his noble
Queens Park no dae’in sae well noo’adays, no
since he went sooth, gaun fae tanner ba enigma
tae bein swallied up in time added oan.

Alan Riach is the Professor of Scottish Literature at Glasgow University, Convener of the Saltire Society and past-President of the Association for Scottish Literary Studies, 2006-10. Born in Airdrie, Lanarkshire, Scotland, in 1957, he is the author of several books on the poetry of Hugh MacDiarmid  and also writes extensively on poetry, arts and culture in contemporary Scotland. His fifth book of poems, Homecoming (2009), follows Clearances (2001), First & Last Songs (1995), An Open Return (1991) and This Folding Map (1990).  Formerly Associate Professor at the University of Waikato, New Zealand, he has been working in Scotland since 2001.

Jim Mackintosh is a Perth-based poet. He is author of five collections of poetry, the latest of which is The Rubicon of Ash (CreateSpace, 2016). He is editor of Mind The Time, an anthology of poetry for the Football Memories project which supports the work of Alzheimer Scotland, and which is due to be published in Summer 2017. He is Poet-in-Residence for St Johnstone FC.